We’re not really sure that what we define as ‘modern board games’ are too much different from some of those timeless classics.  There’s the competitive edge in most (although a few newer games encourage collaboration rather than competition).  Players generally control some form of counters, whether they are objects, people, animals, or vehicles, often there’s point-scoring, and sometimes players are gradually eliminated.

However, from our experience of modern gaming, the strategy seems to be a key part of playing.  In most games, there is no right or wrong way to play, and in many the strategies can change, depending on the number of players.

For example, collecting points along the way may be better than trying to collect all of the end of game bonuses – or it may not!  Because there are different approaches, we find modern games engaging, intriguing and, very often, addictive.  If I didn’t win that time, let’s play again and I’ll try a different approach!

If you feel more at home with classics, then they’re bound to be amongst our library of dozens of popular (and some more obscure) games.  However, we’d like to introduce you to a few new ones, that you’ll have the opportunity to learn and play, at one of our GamesFest board game weekends.  They’re simple to pick up, either by watching or playing, and we’re sure you’ll find them compelling:-

Carcassonne – A tile-laying game where you build cities, roads and monasteries, scoring points for completed features occupied by your Meeples.  These are character-shaped pieces, usually people, but also animals if played with some of the numerous expansion packs, available for this game. 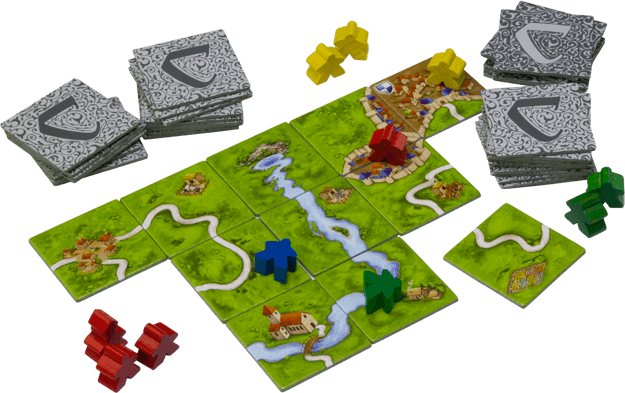 Ticket To Ride – collect coloured train cards to claim your railroad routes across the U.S.A.  Score points for completing all of your route tickets…but beware any you don’t complete will cost you points at the end.  Other versions and expansions are available and we will be adding the UK and Europe versions very soon. 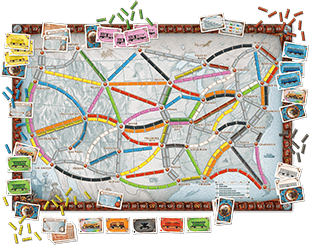 Colt Express – become a wild west outlaw robbing wealthy passengers of their money and jewels.  Are you brave enough to try to pinch the big money being guarded by the sheriff, and can you jump from one carriage to another to escape with your swag – while your fellow bandits try to do the same?  This one has a twist in that all players have special skills, and all players take their turn at the same time!!  Plus we’ve also the stagecoach and horses expansion. 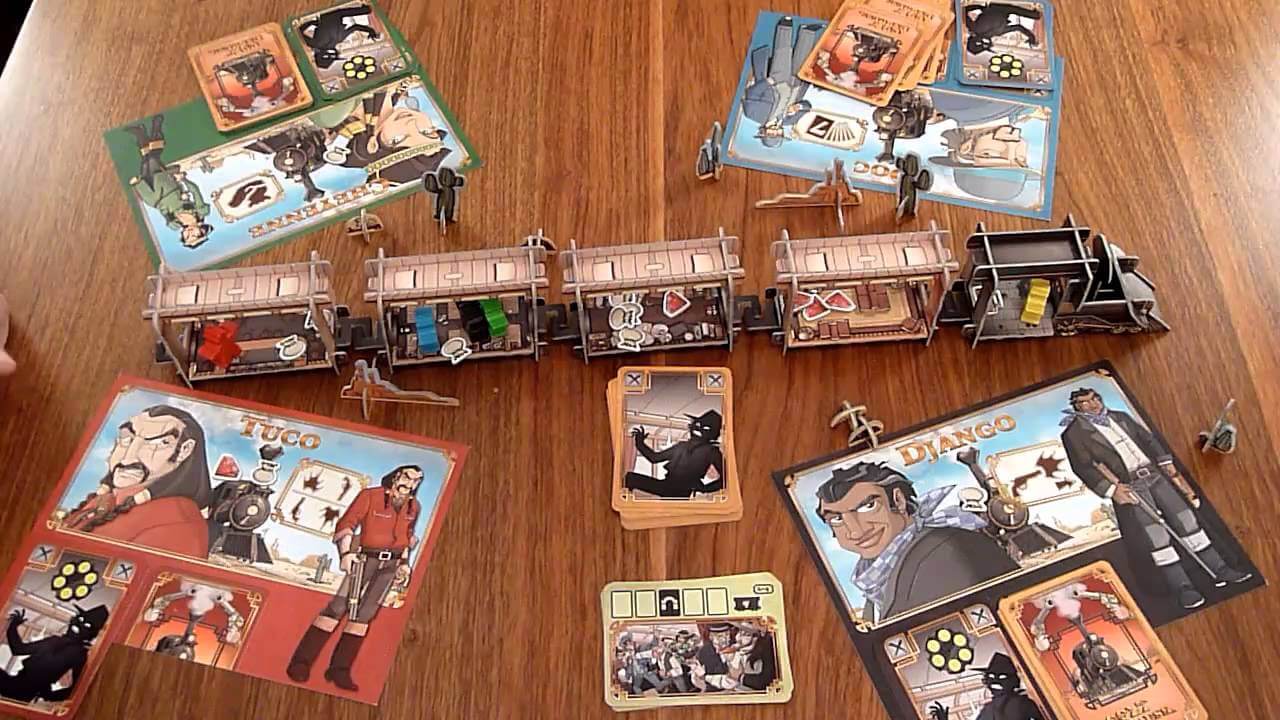 Survive – Escape From Atlantis – Here your little team of adventurers are stranded on the sinking island.  Can you get them to safety by boat, or swimming for dry land, while being pursued by sharks, whales and even sea-serpents.  Will you focus on getting your team to safety, or try and feed your opponents to the sea creatures?  Whatever you decide, beware the volcano bringing the game to a sudden end, before you execute your plans!! 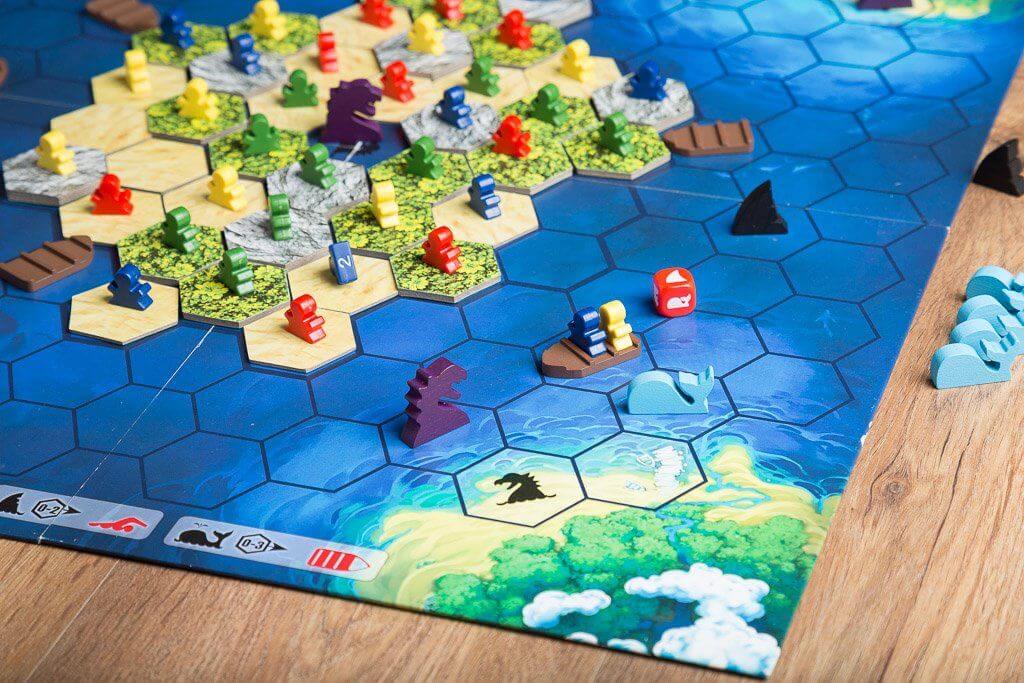 Pandemic – Co-operation is key here to stop a number of deadly viruses from spreading around the globe.  Players must work together as a team to try and stop the spread and find the cures…otherwise, it’s the end of the world!!  Expansions and variations are available for this one too. 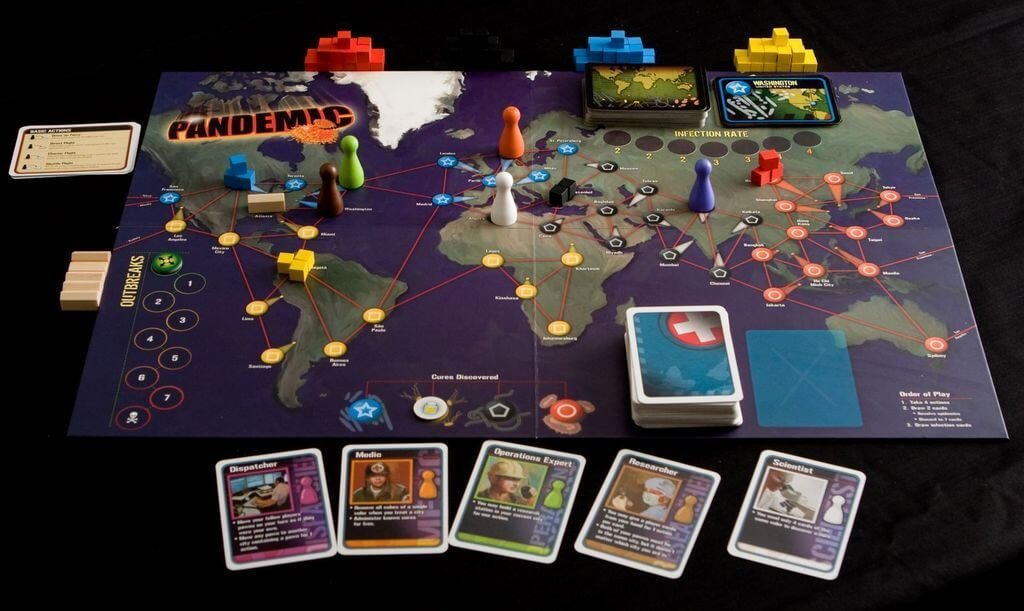 Exploding Kittens – Strange game for cat-lovers you may think, but this card-based competition has you seeking to be the last man standing, once all your fellow plays have failed to defuse those feisty felines.  Use individual cards or a combination of to force opponents to pick up the exploding kitten card, and…BOOM, you’re a step closer to winning!

This page has a natural slant towards some of the games we have enjoyed learning and playing. Many pubs or coffee shops now have games afternoons or evenings, so why not support them too, and see if they have some new ones we’ve not spotted.

Or, if you have any ideas or suggestions for other games you feel we might like, please let us know, or bring them along to a GamesFest board game weekend, and teach us your favourites.